The Madurai district stood in second place in the State in online employment registration done recently in schools for the students who passed Plus Two examinations.

For the first time, for the convenience of students and to avoid rush at the district employment office, Chief Minister Jayalalithaa announced the facility of online registration in schools immediately after the Plus Two marksheets were distributed on May 25.

The difference between Chennai and Madurai district is very less.

Now, the officials of School Education Department and the employment exchange here have geared up to do the same online registration for students who would receive their tenth standard marksheets on June 20.

K.Rajani Rathnamala, District Chief Educational Officer, said that special training was given to the CEO, DEOs and matriculation school officials at the ELCOT office in Chennai on June 7.

“Those students who fail in tenth standard can also register online in their schools. Registration facility will be available in schools for 15 days from the day of issuing of SSLC mark sheets. There will be same employment registration seniority for them.”

According to A. Roseline Mary, Inspector of Matriculation Schools, Madurai District, school principals, headmasters and teachers have been asked to keep their students' data ready so that they can start employment registration immediately after the tenth standard marksheets are given. 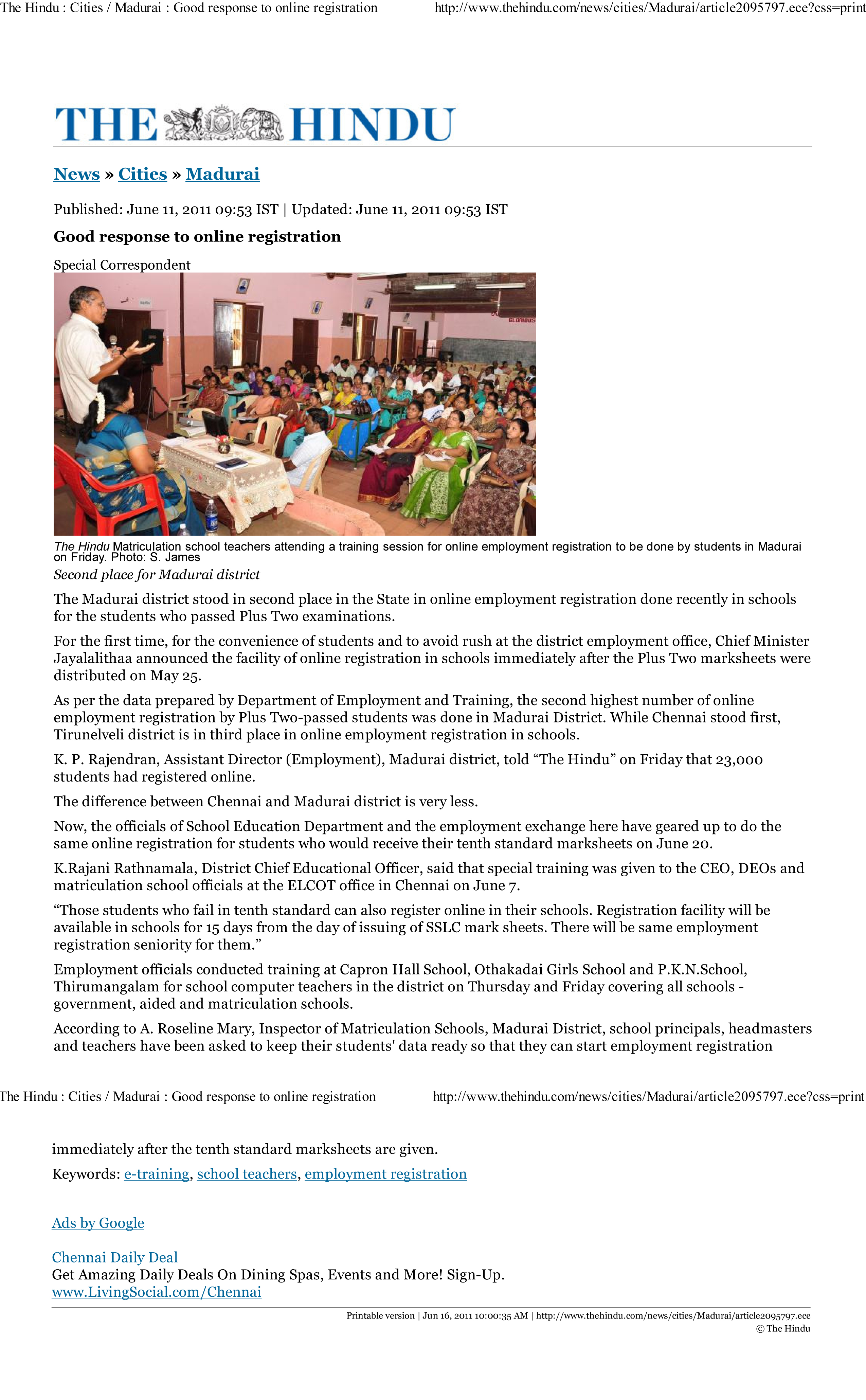