Tamil Nadu Information Technology Minister, Mr R.B. Udayakumar, had his first lesson on what information technology was all about in the State.

He took half-a-day off for a field visit to Special Economic Zone (SEZ) of Electronics Corporation of Tamil Nadu in Sholinganallur and the data centre of Elcot at Perungudi. He was accompanied by the IT secretary, Mr Santhosh Babu, and Elcot Managing Director, Mr Atul Anand.

“We are assessing the status of the IT parks in the State. This is part of the agenda that the Chief Minister has directed to all the ministers to assess various projects in their respective ministry that was undertaken by the previous government,” he told newspersons at the IT SEZ in Sholinganallur where companies such as HCL Technologies, Wipro, Cognizant and Mahindra Satyam have been allotted IT space.

Mr Udayakumar said he would be soon visiting all the IT parks across the State to know about the status and give the report to the Chief Minister for further action. Elcot's other SEZs are loated in Tirunelveli, Salem, Tiruchi, Madurai, Coimabtore and Hosur. 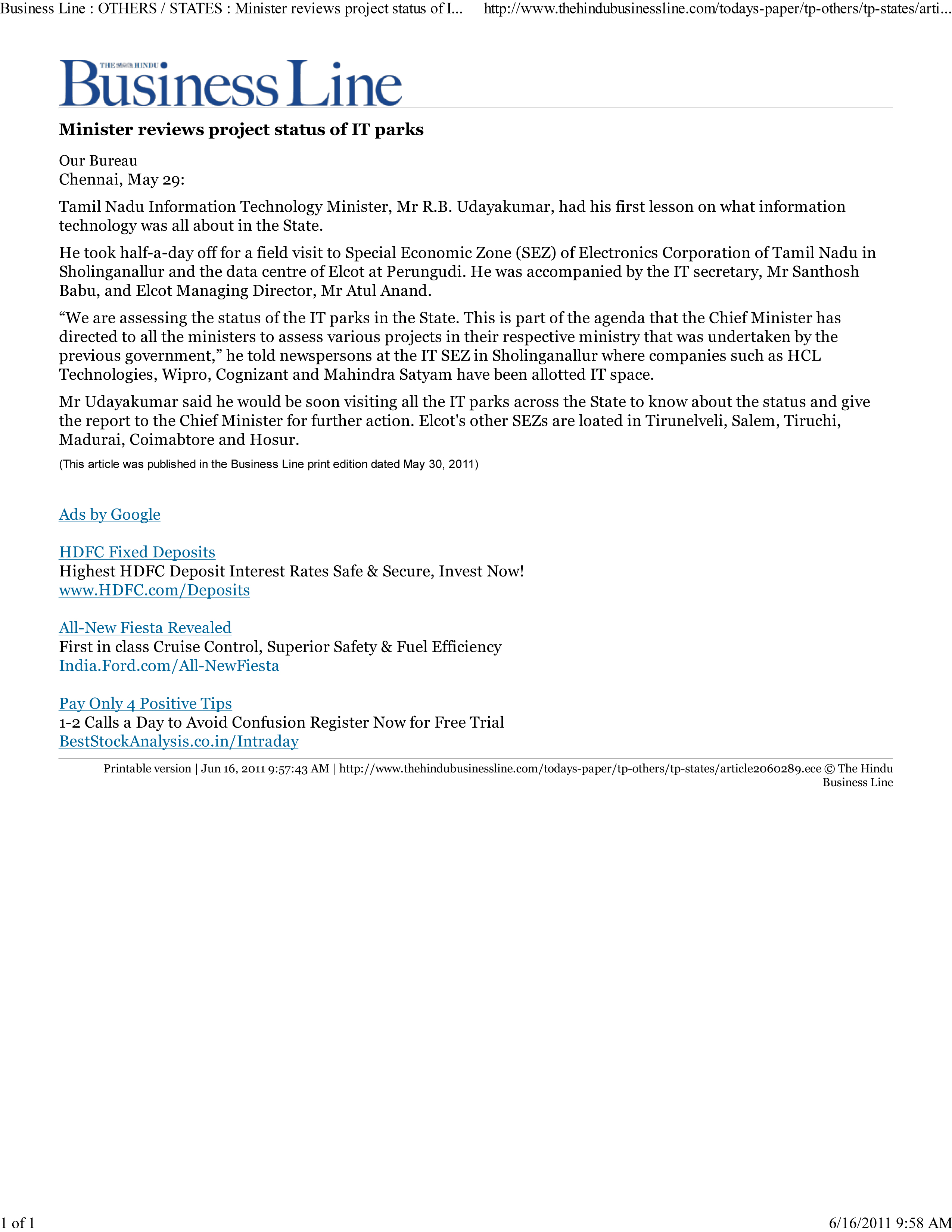